We hope you unplugged for a few days of holiday rest and recharge. We’re back at it this week with one of the most important year-end Info Alerts you’ll read as we look ahead to 2022.

The 14-member group was tasked with redrawing supervisorial district boundaries that define voting power for the next decade, a process that happens every 10 years so each district is substantially equal in population. The independent commission was created by the state in 2016 with the goal of giving Latino and Asian American residents a better shot at representation. Commission Co-Chair Carolyn Williams, one of our panelists at Political Forecast 2021, pulled back the curtain on the arduous process for our attendees at the event. Now that redistricting is complete, the changes go into effect immediately. 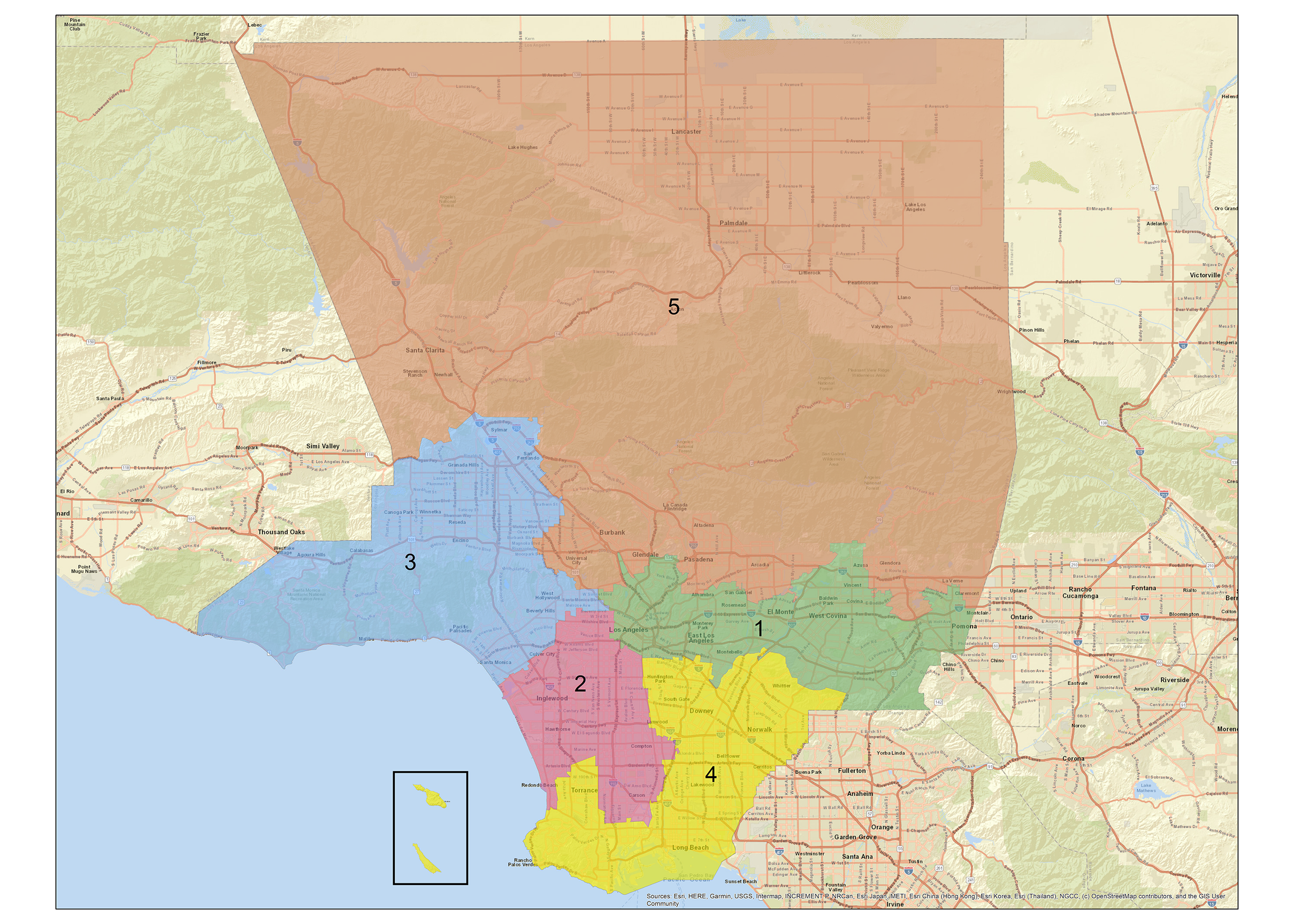 Supervisor Hilda Solis loses several southeast LA communities and gains Hacienda Heights, Rowland Heights, and Diamond Bar from the 4th District. This increases the percentage of Asian American voters in the 1st District to nearly 27%, the highest in any district in decades.

Supervisor Holly Mitchell represents roughly the same percentage of Black voters under the new map, with most of South LA and cities including Compton and Inglewood remaining in the 2nd District. The redistricting process adds Manhattan Beach and Hermosa Beach to Mitchell’s district, which combines coastal areas with parts of Mid-Wilshire and South LA.

Supervisor Sheila Kuehl loses cultural venues including the Hollywood Bowl, the LA County Museum of Art, the La Brea Tar Pits, and the Academy Museum of Motion Pictures to the 2nd and 5th districts. She gains Granada Hills, Porter Ranch, and portions of Chatsworth. West Hollywood, which was being considered for District 5, remains in Kuehl’s district.

Supervisor Kathryn Barger loses portions of the northwest San Fernando Valley, including Granada Hills and Chatsworth, and gains parts of the Southeast Valley through the Cahuenga Pass.

The county’s five supervisors, who were not involved in shaping the map this time, had mixed reactions to the changes. Are you now represented by a new supervisor? Get to know them here.